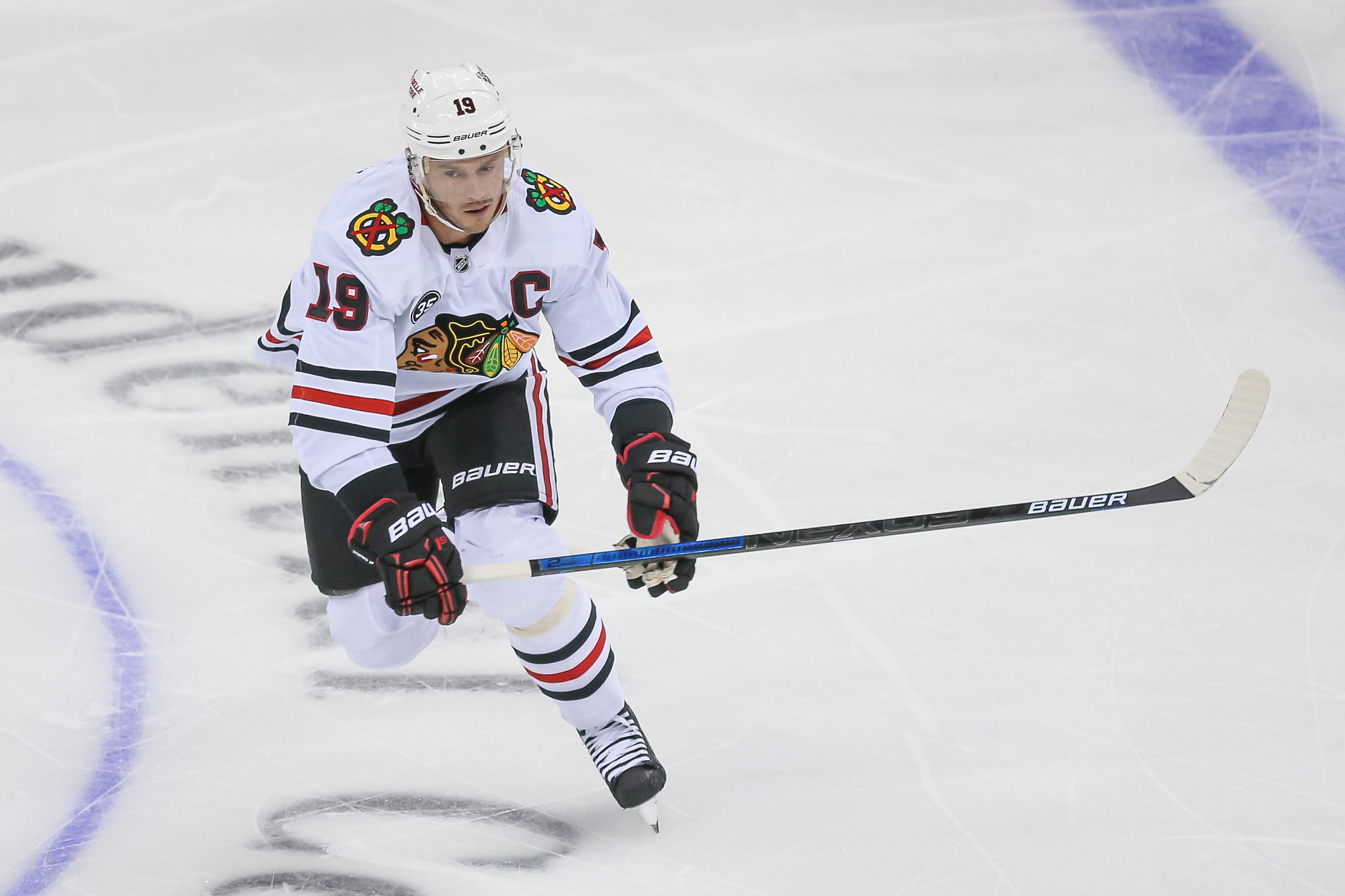 If the Edmonton Oilers are Stanley Cup contenders this season — which many insiders have pegged the Oilers to be — it’s likely they’ll be adding at the NHL Trade Deadline. Salary cap issues will obviously play their role but GM Ken Holland will head into the deadline as a buyer and the typical names that get mentioned in the rumor mill will be connected to the franchise. But, are there unexpected names the team might want to look at?

Here are three players the Oilers are potentially being linked to (or make sense) as the season rolls along. These are names that don’t appear to be a fit at first glance but could make sense under the right circumstances.

Jonathan Toews Is Depth the Oilers Could Use

Speaking on his 32 Thoughts podcast, NHL insider Elliotte Friedman linked the Oilers to the Chicago Blackhawks in a pre-deadline trade. But, it wasn’t Patrick Kane he was talking about as most fans have done up to this point. Friedman wondered if Blackhawks captain Jonathan Toews might be a fit in Edmonton.

“I assume Toews is going to be traded, I assume Kane is going to be traded. We both said the New York Rangers are the most likely team for Kane. Toews, I’ve mentioned Colorado. I know I’m trading everyone to Edmonton in this pod but I wonder if Toews would make sense there?”

What makes this so interesting is that a lot of insiders think that the 34-year-old has what might be an untradable contract. He’s making $10.5 million in the final year of his deal and even with 50% salary retained, that’s a lot to pay for a player who has been far less productive than his teammate. Kane has a real market if he becomes available, while Toews doesn’t. That could work in the Oilers’ favor.

If the ask isn’t high and the Blackhawks are willing to take money back, getting a third team involved here opens up some options for Edmonton. And, if the Oilers start looking for depth down the middle, accompanied by leadership skills and playoff experience, Toews is a fit. If he’s having a semi-productive season, he’s an even more attractive option, but the price to acquire him will only marginally go up.

Is John Klingberg More of the Same?

John Klingberg was also linked to the Oilers but it’s not entirely clear why. The Oilers have Evan Bouchard and Tyson Barrie on their right side, with Cody Ceci taking top-pairing minutes. What they don’t necessarily need is another right-shot offensive d-man that is wicked on the power play.

Klingberg, who signed a one-year, $7 million deal with the Anaheim Ducks this offseason, is probably not going to be sticking around there long-term. He was likely acquired, in part, to move him and get an asset in return. Would the Oilers move Barrie with some picks and/or prospects in a deal? They might, according to insiders.

The problem for Edmonton is that this isn’t a deal they can likely make and win easily. If the Ducks move Klingberg, they’ll want something of value in return. That might not be Barrie. So too, the Oilers aren’t moving a solid asset for a player that offers more of what they already have. If this deal gets made, it’s because they are thinking longer term and are prepared to deal Barrie (who has one more season on his current deal for a rental), then free up money for next season.

James van Riemsdyk Could Be The Winger the Oilers Need

Something is going to give in Philadelphia. There’s a lot of talk that a veteran or two will butt heads with new head coach John Tortorella and the coach will win out. If true, expect someone from that roster to be moved in a trade dump situation and it could be James van Riemsdyk who has already been mentioned in trade rumors this offseason.

At $7 million, he’s too rich for the Oilers, but if the Flyers are looking to make wholesale changes as the season rolls along and they’re not worried about the return, this is a player that could be moved for cheap, a third team gets involved, and the Oilers could pick up a top-six winger at a pro-rated cost $1.75 million.

van Riemsdyk is a regular 20-goal scorer. He potted 24 last season on a terrible Flyers team and has consistently produced 40-plus points. He’s older now, but he’s got experience, and if the Oilers find that players like Dylan Holloway, Jesse Puljujarvi, or Kailer Yamamoto struggle, they might need a winger who can play both sides and work with elite-level talent.