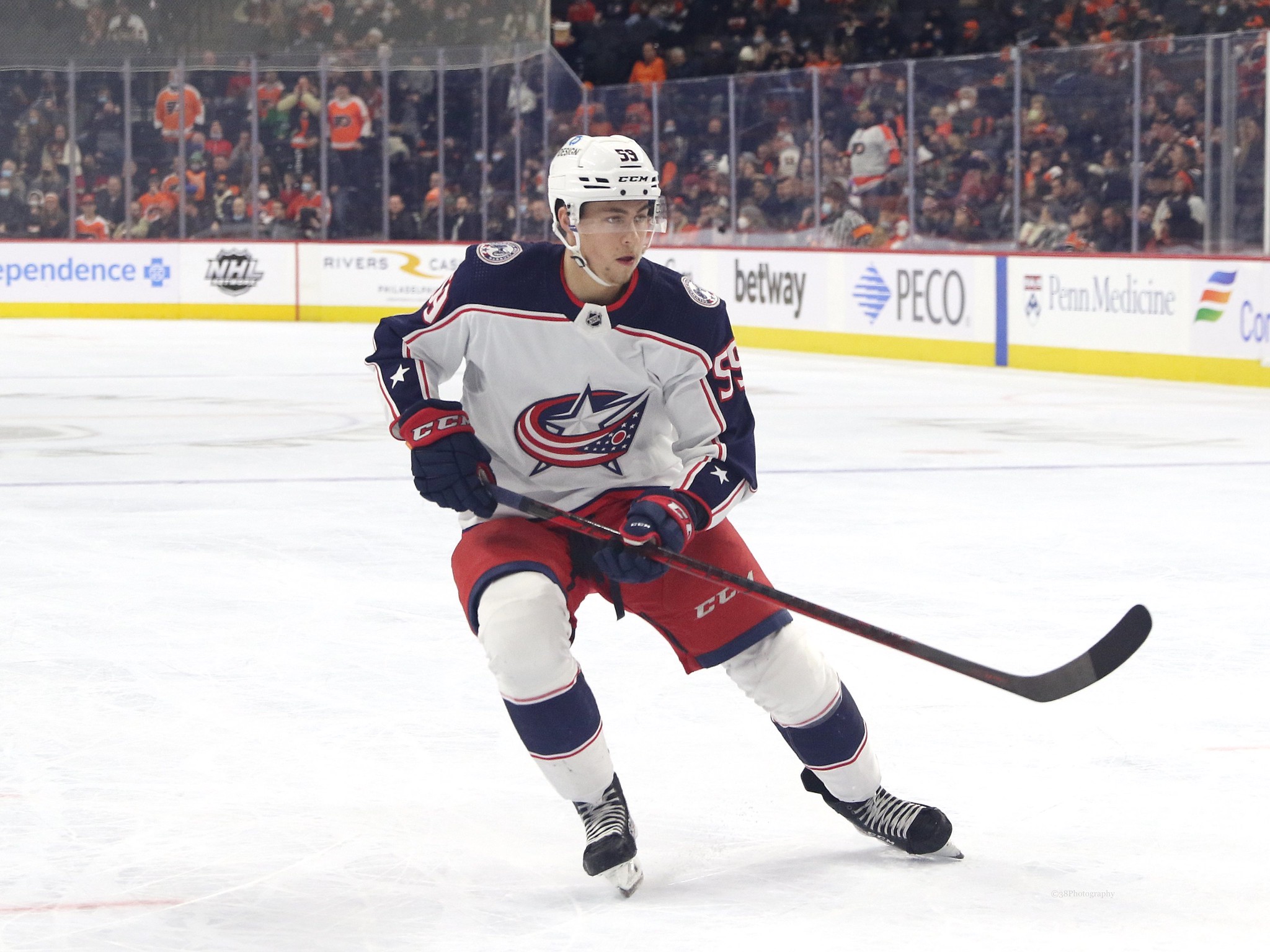 The Columbus Blue Jackets have had a tough start to the season. Fifteen games in, they’ve only got five wins and are tied for last in the NHL standings. Despite coming off of a pretty decent 2021-22 season and making some pretty big free-agent signings in the offseason, the Jackets have taken a gigantic step backward in 2022-23.

The current situation has left some nostalgic for the stringent defensive system of the John Tortorella era. So, naturally, when he came back to Columbus there would be a few more eyeballs on the result than normal. Somehow they managed to pull out not one, but two wins against Tortorella’s Philadelphia Flyers in a little under a week. The second win on Tuesday (Nov. 15) left a few takeaways, so we’re going to look at three of those.

Injuries have been the story of the season for the Blue Jackets, and they were hit particularly hard in the past week. Just when it looked like the bleeding had stopped, there were a few more hits taken to the roster against the Flyers.

Related: Blue Jackets Can Still Make Most of Season Through the Monsters

First, Jake Bean, the one offensive defenseman left on the roster, went down with a shoulder injury. Next, it was starting goalie Elvis Merzlikins, who fell awkwardly while going into a butterfly and needed to be helped off of the ice. Both went down the tunnel to the locker room and did not return. Then there was a scare with shutdown defenseman Andrew Peeke who blocked a shot in a tough spot and went down the tunnel briefly, but did eventually finish the game.

The Merzlikins and Bean injuries and Peeke scare add to a litany of injuries that have plagued the team this season. Justin Danforth was the first long-term injury, followed by Adam Boqvist, Jakub Voracek, Patrik Laine, Zach Werenski, and Nick Blankenburg. That’s eight, almost nine, players out at one time. That means the Blue Jackets will be largely icing an American Hockey League roster as it is. At this point in time, they’ve got to focus on mitigating any future injuries because as bad as things are now, they’ll get a lot worse if there are any more casualties.

2. The Kids Can Be Counted On

With most of the more established guard on the injured reserve, that leaves only the depth of the roster to carry the team. A lot of that depth is the future of the organization and they really stood out in this game.

In his second game, Marcus Bjork played 20 minutes and looked pretty decent while he was at it. In their second seasons, Cole Sillinger and Yegor Chinakhov’s chemistry has been growing. There is no more prime example of that chemistry than the tic-tac-toe play on the overtime goal.

Chinakhov in particular has carried himself differently early in this campaign. There’s been a strut in his step and it’s shown up on the scoresheet. His eight points through 15 games is over half as many as he scored through 62 games last season. In Tuesday’s game, he had exactly as much time on ice as Boone Jenner, which undoubtably shows he’s earned some respect from bench boss Brad Larsen. As long as Laine is out, Chinakhov is the team’s only bona fide sniper and he’s been taking that opportunity and running with it.

Then there’s the wunderkind Kent Johnson who has also looked more confident. In Tuesday’s game, he was a big piece of the power play, making some slick plays and adding a big assist. As far as rookies go, he’s been taking some steps forward and has clearly been getting more confident in the world’s top league. With all the injuries, Johnson and the other young players will be driving the bus for a while. The Blue Jackets organization will be safe in their hands.

3. The Pressure is Off

Johnny Gaudreau signing with the Jackets may have actually been one of the worst things in the short term to happen to this young team. The one benefit of playing in a small market has been taken away from them. Instead of these youngsters getting the opportunity to fly under the radar and continue on their natural progression of development, they’ve had a gigantic spotlight put on them. The word “playoffs” was even bandied about in some Blue Jackets circles. The expectations for the team were implicitly raised and they did not handle it well.

In last place with a struggling defensive system and a non-existent power play, the youth and immaturity of the Jackets was well on display. The weight of those added expectations took their toll on them. Now, after injuries to eight of their roster players for a significant amount of time, no one can reasonably expect them to push for a playoff spot. It’s no coincidence that in the three games since things hit the fan, the team has gotten five out of six possible points.

The best performances in hockey tend to come after expectations are lifted off the back of a team. The Vegas Golden Knights were completely unfettered in their miracle run to the Stanley Cup Final in their inaugural season. The Washington Capitals finally won a Stanley Cup only after their fanbase had given up on them. The San Jose Sharks and Nashville Predators also made their Cup Final runs only after the consensus was that they were past their window as contenders.

Now, fans wait to see if the Blue Jackets will be the next team to excel after having a weight lifted off them. There’s no better opportunity to succeed than at home, which is where they’ll be playing their next five games. I would expect to continue seeing a more relaxed team in Union Blue unburdened by expectations. It will be exciting to see where that leads them. Up next, the team will face the Montreal Canadiens on Thursday.

Writer covering the Columbus Blue Jackets for THW since August 2021.

Also, a radio personality and reporter currently based on Vancouver Island.