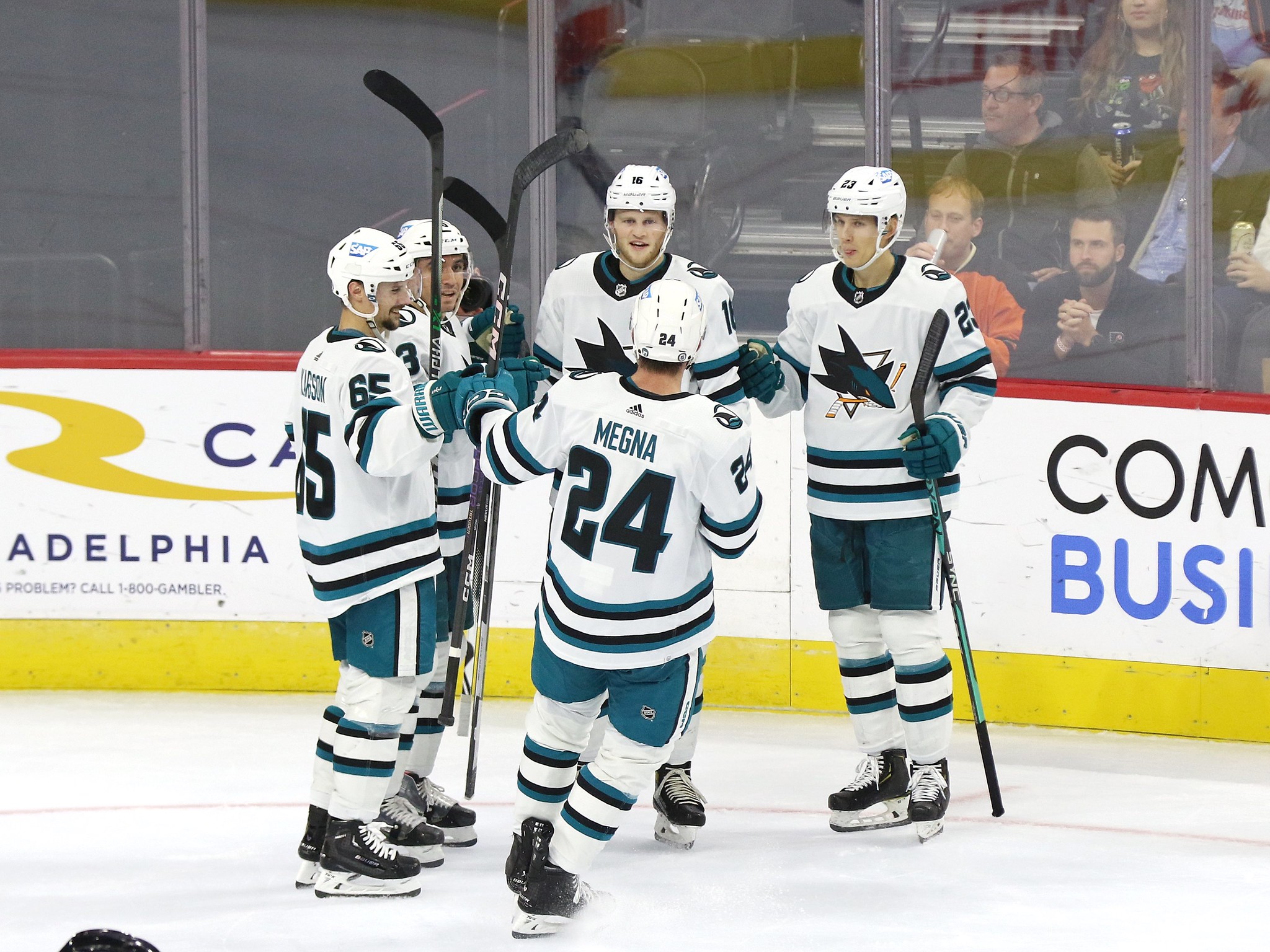 Thursday night’s 4-3 overtime victory over the Toronto Maple Leafs was a sight for sore eyes for the San Jose Sharks after digging themselves an early season hole. That’s mainly because there were great signs on display Thursday, not the least of which included their top stars stepping up to the challenge. These signs have led to three victories in the last five games, two being against Cup-contending teams. Though a 3-2 record may not seem like a big deal, it’s a far cry from their troubling 0-5 start to the season.

Fans may chalk this up as an off-night for Toronto. However, many of the Leafs’ in-game struggles had a lot to do with the Sharks’ play. Here are some on-ice observations I saw at ‘The Tank’ in Thursday night’s thrilling victory.

The most evident sign of progress was the Sharks’ work ethic through 60 minutes. San Jose relentlessly pressured the Leafs in all three zones for the majority of the game. The buzz words head coach David Quinn used in his postgame press conference was ‘intensity’ and “energetic,” further stating it’s the most energetic his team has looked all season.

Though Auston Matthews and Mitch Marner both ended up on the score sheet, their time and space were very limited. What’s more, the two were bound to break out of their slumps.

It actually speaks volumes of team teal’s ability to pull out a win despite Toronto’s dynamic duo combining for two goals and an assist. If the Sharks can bring that same competitive level game-in and game-out, there may be hope to turn their season around yet.

Erik Karlsson’s goal and two assists made him the team leader in points (9), assists (5) and tied him for the team lead in goals (4). Most significantly, his overtime winner against the Maple Leafs marked his third game-winning goal in less than a week, tying him for the league lead in that category.

Yes, it’s far too early to be talking seasonal awards, but this is the best we’ve seen EK65 play in teal. It’s equally important to stress that a lot can happen, both injury-wise and production-wise, from now till the end of the season.

However, the defenseman’s dominant start to the season is starting to turn heads throughout the league, as it should. At this pace, his Norris Trophy form is on track for a redemption season in teal.

A good sign for Sharks hockey is the many more good habits that were visible than the bad for a change. For starters, making the simple plays in their own end and providing support off the puck allowed them to make more crisp breakouts. This led to more structured offensive zone entries with possession en route to edging out the Leafs in total zone time. It’s amazing what cleaning up play in your own zone can do for your team at both ends of the ice. It showed in the good habits that are being implemented by the new coaching staff.

Sharks Looking to Ride Out the Storm

The outcome of this homestand will likely show us where this team truly stands going forward. After edging out a skilled Maple Leafs squad, the Sharks will look to weather the storm of the Tampa Bay Lightning in a Saturday afternoon matinee. If they can somehow find a way to pull out another upset, perhaps there’s still hope for this team yet after having the worst start in their franchise’s history.

A lifelong Sharks fan covering Sharks Hockey. Always diving beyond the numbers and behind the scenes to bring you the most accurate and in-depth news in Teal.