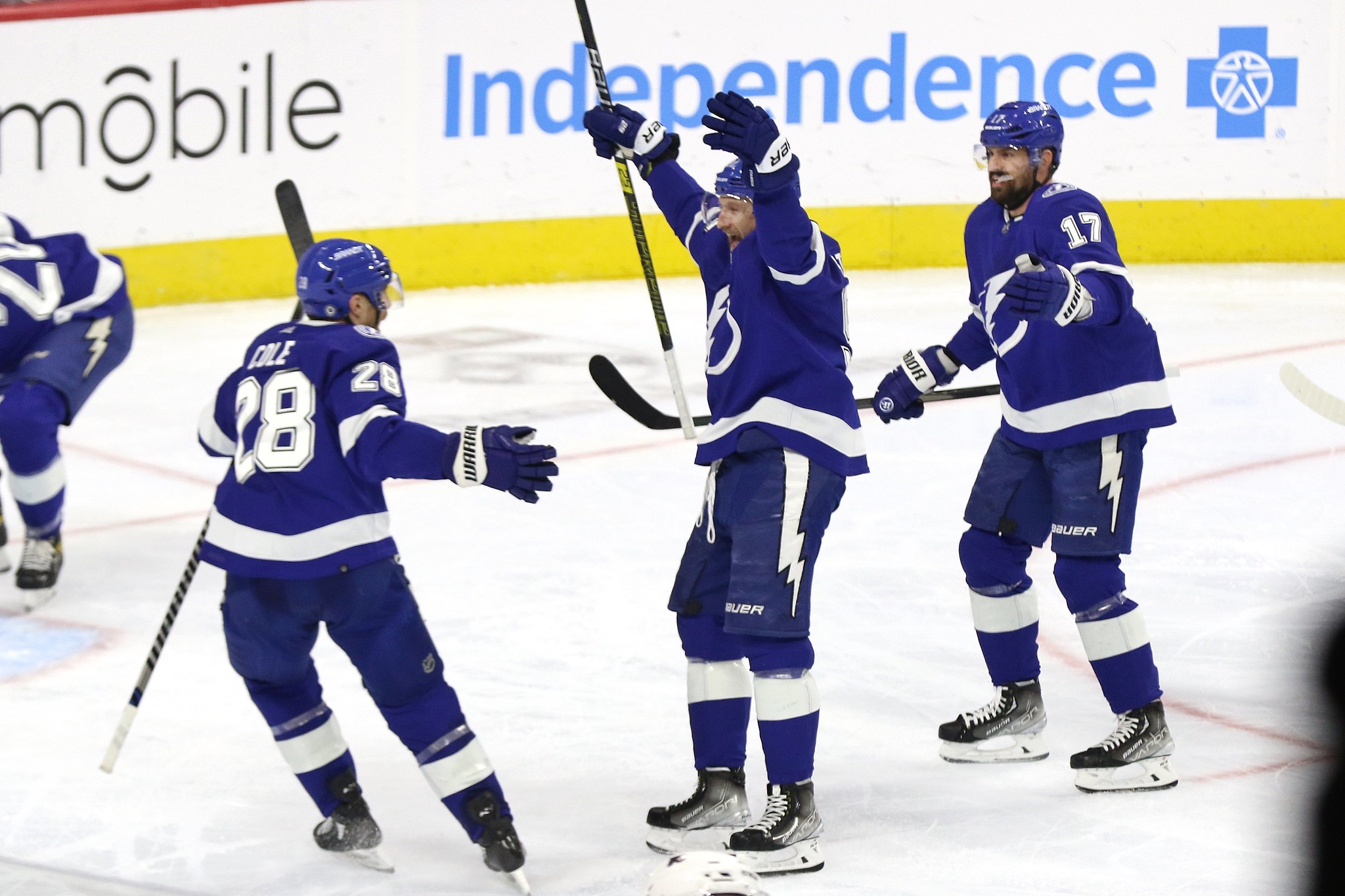 The Tampa Bay Lightning are heading into the second half of the season, firmly in third place, and primed for another deep run in the 2022-23 playoffs. However, if they are to keep their playoff spot, there is still a great deal of work to be done in the second half of the season, and the team has three players who need to step up their game to secure their playoff berth.

In his second go-around with the Lightning, things are not working out as planned for Vladislav Namestnikov. After scoring against the Columbus Blue Jackets on Tuesday night (Jan. 10), the 30-year-old has just three goals and nine points on the season. This put him well off last season’s production when he tallied 16 goals and 30 points for the Detroit Red Wings and Dallas Stars. Unfortunately, the play that sums up his fortunes this season came against the Winnipeg Jets on Friday, Jan. 6, when his backhand clearing attempt went out of play, giving the Jets a second 5-on-3 power play. The Jets capitalized on this and scored their third and game-winning goal.

The Lightning hoped for a little more production from their former first-round draft pick when they signed him in July as a free agent to a one-year contract worth an average annual value (AAV) of $2.5 million. It’s not like they’re expecting the 44 points when he last played in Tampa in 2017-18 or even the 31 points he had with the New York Rangers the season after. Realistically, the Lightning may have expected something around the 25 to 30 points that he had the past two seasons. Perhaps his breakaway goal against the Blue Jackets will give him a jump start.

After getting a chance to play vital minutes at the beginning of the season, Cal Foote has played in just 19 games, as inconsistent play has seen his ice time diminish. The 24-year-old is in the final year of his two-year bridge deal and needs more consistent play in order to join fellow right-handed defensemen Nick Perbix and Erik Cernak in the lineup as either part of the bottom two or as a seventh defenseman on those nights when head coach Jon Cooper chooses that option.

Foote did not help his cause during last Friday’s (Jan. 6) penalty-filled contest against the Jets when he got caught too far up ice in the offensive zone, and after a turnover, he was out of position and had to hold Mark Scheifele to prevent a breakaway. That penalty, combined with a Nick Paul penalty, gave the Jets a 5-on-3 power play, which they took advantage of for an easy goal. Mistakes like these have led to less playing time, as he has lost the trust of the Lightning coaching staff. To be a contributor, the former first-round draft pick needs to get back to what he does best: playing solid defense that has allowed him to be one of the better Lighting in the goals-against category.

As with most of the fourth line, Pierre-Edouard Bellemare production has dropped significantly this season. After 37 games, he has just one goal and five points, putting him far behind last season’s stats of nine goals and 20 points. He is also currently at a minus-3, which is well off pace from when he posted a plus-24 in 2021-22. Hopefully, this is not the case for a 37-year-old player starting to run out of steam.

The area that Bellemare has played well in is being able to log many minutes on the Lightning’s penalty kill. The team’s penchant for taking too many penalties in some games has meant that players like Bellemare spend too much time killing penalties while taking opportunities away to contribute while the team is at even strength. It is the hope that in the second half of the season, he can have more opportunities to be more productive in the offensive zone.

Even though the Lightning are currently sitting in third place in the standings, they have the Buffalo Sabres, Florida Panthers, and Detroit Red Wings all within striking distance. This is the time when they need most of their players to contribute to their full potential so that a playoff run and a fourth trip to the Stanley Cup Final remain within reach.

Jim Bay writes about the Tampa Bay Lightning and the Nashville Predators for THW. A retired Special Education Teacher, Jim enjoys writing about hockey and all sports when he is not slashing his way around local golf courses. For interview requests or to provide content info, follow Jim on Twitter. (https://twitter.com/baysports007)