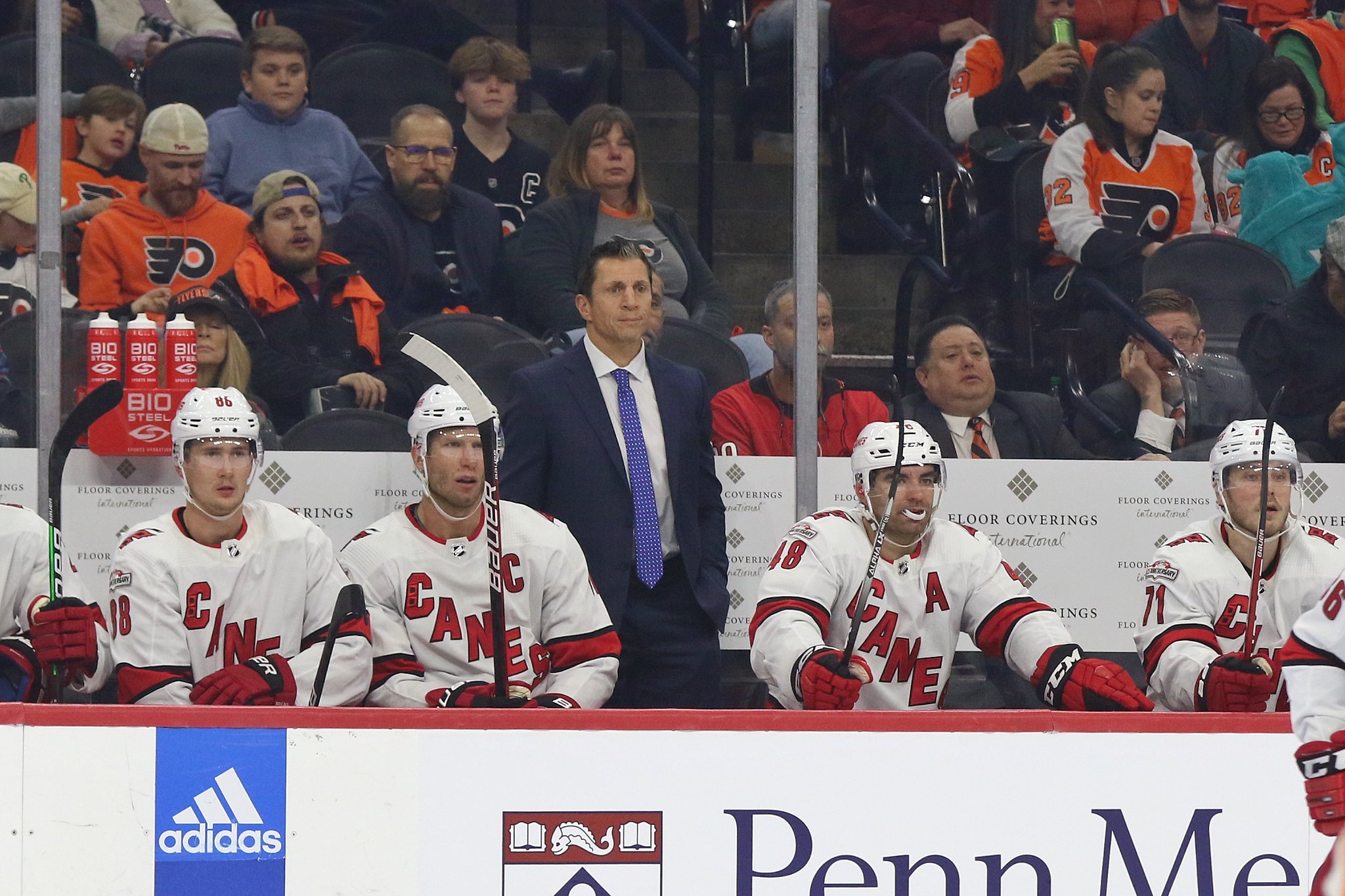 The 2023 World Junior Championship is set to begin in just a few days on December 26th. COVID-19 has impacted the last two versions of the event, so this should be the first return to the normal schedule since 2020. The Carolina Hurricanes have four prospects set to participate: Jackson Blake (USA), Aleksi Heimosalmi (Finland), Ville Koivunen (Finland), and Nikita Quapp (Germany). Finland has produced several star players for the Hurricanes over the years, including Sebastian Aho and Teuvo Teravainen, so let’s take a look at the two Finnish prospects on the list.

The Carolina Hurricanes have made the playoffs each of the past four years thanks to a plethora of strong prospects as well as some key signings. They’ve had a ton of success with Finnish prospects throughout the years, from Aho and Teravainen to the additions of Jesperi Kotkaniemi and Antti Raanta. Koivunen is one of the Hurricanes’ top forward prospects, and Heimosalmi is one of the top defenseman prospects within the pipeline. Could they become the next Finnish players to thrive in Raleigh, North Carolina?

Koivunen will be starting at left wing on the first line for Finland as they face off against Switzerland on Monday in the first game of the World Juniors. The Hurricanes selected Koivunen with the 19th pick in the second round of the 2021 NHL Entry Draft (51st overall). He has produced 13 points (seven goals & six assists) in 30 games played for Kärpät this season. He impressed at the 2022 World Junior Championship as he produced four points (two goals & two assists) in two games played. The 6-foot 175-pound forward has a very high potential thanks to his impressive offensive skill set and his electrifying attacking mindset when the puck is on his stick.

Koivunen would quite comfortably play on the top six. His offensive knowledge will make him an exciting and impactful player on the ice. He has played on the top line for most of his young career, so being a starting forward would not be new for him.

Koivunen is a flexible wing that can attack from both sides of the ice, and he’s at his best when he is on the break and attacking open ice. He’s flashed an impressive decision-making ability throughout the years and seems to always create great chances for his teammates. It will be intriguing to see how he performs at the World Juniors and how he continues to improve over the next year.

The Hurricanes selected defenseman Heimosalmi with the 44th overall pick in the 2021 NHL Entry Draft. He is slated to start in the first defensive pairing for Finland in their game against Switzerland on Monday. The 5-foot-11 170-pound Finnish prospect exhibits all the skills of a two-way defender who utilizes a deceptive acceleration ability to create opportunities on the open ice. In 25 games played for Ässät this season he’s produced 12 points(four goals & eight assists).

As one of the youngest players in the draft, teams will have to wait for him to reach his potential. But if they are patient, there’s a chance that Heimosalmi could develop into a second-pair, two-way defender, much like Henri Jokiharju, who the Chicago Blackhawks took with the final pick in the first round in 2017. There’s even a possibility that his defensive game could end up being better than his offensive side, as he already possesses a strong defensive mindset when many his age are struggling in that area.

Heimosalmi exhibits an extremely active stick which helps him on the defensive end since he’s not the biggest guy in the world. Despite his small stature, he’s not all offense, he has a very nice defensive mindset that should allow him to improve quickly on the defensive end as he continues to progress. I believe he could be a very versatile addition to the Hurricanes’ defensive depth should he make the jump within the next couple of years.

It will be interesting to follow the development of these two Finnish prospects, both could be in line to make the move to North America during the 2023 calendar year as they could sign entry-level contracts with Carolina. I expect Koivunen to make the jump slightly before Heimosalmi as he appears to be a little farther down the road when it comes to his development. I believe they both can have long successful careers in Carolina and be valuable assets for coach Rod Brind’Amour.

Growing up a huge sports fan Mack has always had a passion for writing about sports. The Water Valley, MS native covers the Carolina Hurricanes for THW. A graduate of the University of Mississippi, Mack also enjoys running and playing golf. Follow him on twitter @MackGordon0